China Hospitality Industry is reaping the rewards of the current tourism boom with analysts reporting positive market performance and record hotel construction pipelines. Is this level of growth sustainable?. Let’s look at some facts; in 2010 China replaced Japan as the second largest economy in the World and over the next decade is expected to overtake the USA as the largest economy in purchasing power parity terms.

In March 2011, the National People’s Congress approved the 12th five-year plan for National Economic and Social Development and one of the most remarkable feature in the plan was the lowering of the target growth rate from 7.5% per annum to 7.0% per annum while the actual rate was around 11% in the 11th five-year plan. Another significant feature of the plan is to shift the economy from being “export-oriented” to being “domestic demand-oriented” encouraging investments in all domestic sectors from huge public infrastructure (roads, high-speed rail systems, airports from 175 to 225, ports, education, housing, etc…) to local-daily consumptions that is positive to the hospitality industry in general. Relevant features of the plan also include boosting employment, raising minimum wages and encouraging more spending. It is also expected a gradual and continued appreciation to the Renminbi. The World Bank forecast that in 2012 China growth will stand at 7.4% which is the lowest in more than a decade but higher than the target of 7.0% and indications are that the slowdown is bottoming out.

China appetite for foreign goods and investment continuous to grow in particular for natural resources and quality assets around the world and as reported by the WSJ, 225 billion $ or 3% of the nation’s economic output last year was spent outside China and this is expected to continue in future. Hotel’s assets are also targets and in demand.

In tourism terms; Outbound Chinese Traveller’s is expected to register close to 80 million in 2012 and anticipating to reach 100 million by 2017-18. Chinese tourists have become a major target for destination marketing groups and tourist organizations around the World. Chinese consumers are eager to venture forth and to spend.

Hotel’s Performance 2012 vs. 2011; A recent survey shows that the overall sentiment remains optimistic but with some cautions. Little change is expected in occupancy percentage by year end as compared to previous year while the ADR is anticipated to increase but not over the single digit. Similar situation is anticipated for 2013, overall there is an increase on RevPAR’s.

New Hotel Developments “Supply”; China’s hotel development is booming and there are continuous announcements of new projects and/or new international groups/brands entering the country. With close to 350,000 new hotel rooms in planning, design and construction stages as of mid 2012 throughout China, this puts additional pressure to the existing supply. A good percentage of the new supply comes from economy rated local/China based groups like Home Inns, Jin Jiang Hotels, 7 Days Inn and others. Every major hotel’s brand claims to double the number of properties in the coming years. So far mostly mixed-use hotel projects, sanctioned by the Government, have been in major cities but the smaller cities/centers offers better business opportunity in the near future. To be noted that while foreigner hotel brands are dominating the present operation of the rated (4&5 star) hotels in China, it is anticipated that the World’s next big hospitality brand success stories may come from China owned-operated hotels.

“Demand”; Fostered by a good education system, entrepreneurial aspirations and increased business opportunities, China’s discretionary income has seen dramatic increase, and the tourism industry has been gaining momentum for the past two decades and it is now ranked third in the UN World Tourism Organization’s of most popular travel destinations expecting to attract 62 million incoming visitors in 2012. In addition, must take in consideration of the enormous potential of the domestic market. To be noted the ever growing middle class with over 300 million people in this category at present and expected to grow to 800 million within 15 years. Can anyone put a number on the room nights per year that this class will generate for the hotels? (3.1 billion domestic tourists in 2012, 12.8% increase over 2011 as reported by China Tourism Academy). The aggressive growth on supply is expected to balance off with the growth on demand and overall there is optimism that demand will catch up specially from the newly affluent middle class.

Labor & Talent; Increasing challenges in employees’ productivity and retention. Labor cost has become the single highest operating expense in a hotel. Optimizing organizational structure, effective forecasting and planning for employees’ need has become critical for management/operators. Knowledge of the labor sources and understanding of how to attract and retain qualified talent is a basic requirement. Availability of qualified labor/talent is the most challenging element for hotel operator’s in China at present time.

Concerns for Operators; Concerning trends for international brands operating in China is that local owners/developers are getting more “litigious and demanding” and they have no hesitation at all to terminate management agreements without proper notice and/or compensation. Operators without equity-investment in the hotels have to be on the watch and ensure that their interests are protected and that they are compensated in a termination situation. As China’s economy and hotel market evolves, developing a comprehensive and active strategy to protect and enhance the hotel asset will become one of the key focuses of the industry.

Importance of Social Media; Online research has become very important for Chinese consumers including hotel users. However offline travel agents are still the dominant distribution channel, even though online channels are growing very fast. China has huge appetite for social media and is on the way to become the biggest social media savvy country in the World. Users have increased from 20 million in 2000 to 510 million in 2012, this represents 25% of all internet users in the World. For information, here some useful websites related to hospitality business;

Popular Chinese Web sites attracting over 50 million as of second part of 2012; Qzone, PengYou, Taomee, 51.com, Renren, Kaixin001, Sinaweibo, Tencentweibo and new ones fast approaching this volume. (Interesting to note that despite the censorship of Western Social Networks in China, there are over 60 millions users of Facebook and 35 millions for Twitter as reported by GlobalWebIndex. Apparently those banned networks can be accessed through “virtual private networks”. The largest active OTA’s in China are; Ctrip, Qunar, Kuxun, 17u, Trip TaoBao, Elong, and go.qq.com (Note that Ctrip is also active on booking hotels outside China).

Want to do business in China? Must consider the followings;

Central Government Leadership Succession; Under a solid Central Government and shrewd leadership, China has seen a period of rapid economic expansion and relative political stability. With its efficient collective leadership, past differences over power and policy have been fought out behind a rigorously sustained public faced of leadership unity and discipline but as expected and as encountered at every leadership succession (every 10 years), signs of power struggle within the member of the Politburo and high officials representing the Central Government, have created unfavorable speculations, rumors and public frustration about the party’s culture of secrecy. Also the recent, and extensively reported, downfall of a high ranking official has added to the speculations. It is expected that all this will be put behind once the new less authoritarian leadership is fully in place and this vast country with over 1,347 billion people (over 50% living in cities) will continue its march toward growth, expansion, prosperity and become the largest economy in the World. With the staggering trade surplus, monetary reserves and the non-reliance on foreign borrowings, it is anticipated that China will be able to handle all major economic issues including the banking sector and regional Government bad debts.

A return to Confucius doctrine? (Philosophy), interesting & important trend to watch; Born and centered in Qufu, Confusius is credited with promoting a social hierarchy in which “roles are strictly defined”, students defer to teachers, kids rever elders, wives serve husbands and citizens obey rulers-unless they become abusive. China needs something to fill the moral vacuum and indications are that government officials hope to make good use of Confucianism but also fear criticism for reviving it. The government’s critics are divided over the Confucius revival, others see the Confucius comeback as a mixed blessing but overall it is seen as a more positive than a negative move. Officials are opting on a mix of nationalism and Confucius to glue together China’s tattered social fabric.

Future; The biggest event of our time is the very strong re-emergence of China and of what it has achieved during the past 3 decades. Giving the enormity of this event, lot has been written/commented and it is interesting to observe two parallel narratives, an “Eastern” one and a “Western” one. The West maintains that China will not be able to support the planned growth and it will face economic, political and social difficulties while the East believes that the new leadership taking over in November will inject new drive and dynamism creating reforms and a rule/bonus system that is strong, durable and not vulnerable and with direct positive impact in the future of the Country. Who is right? and where will you put your money bet? 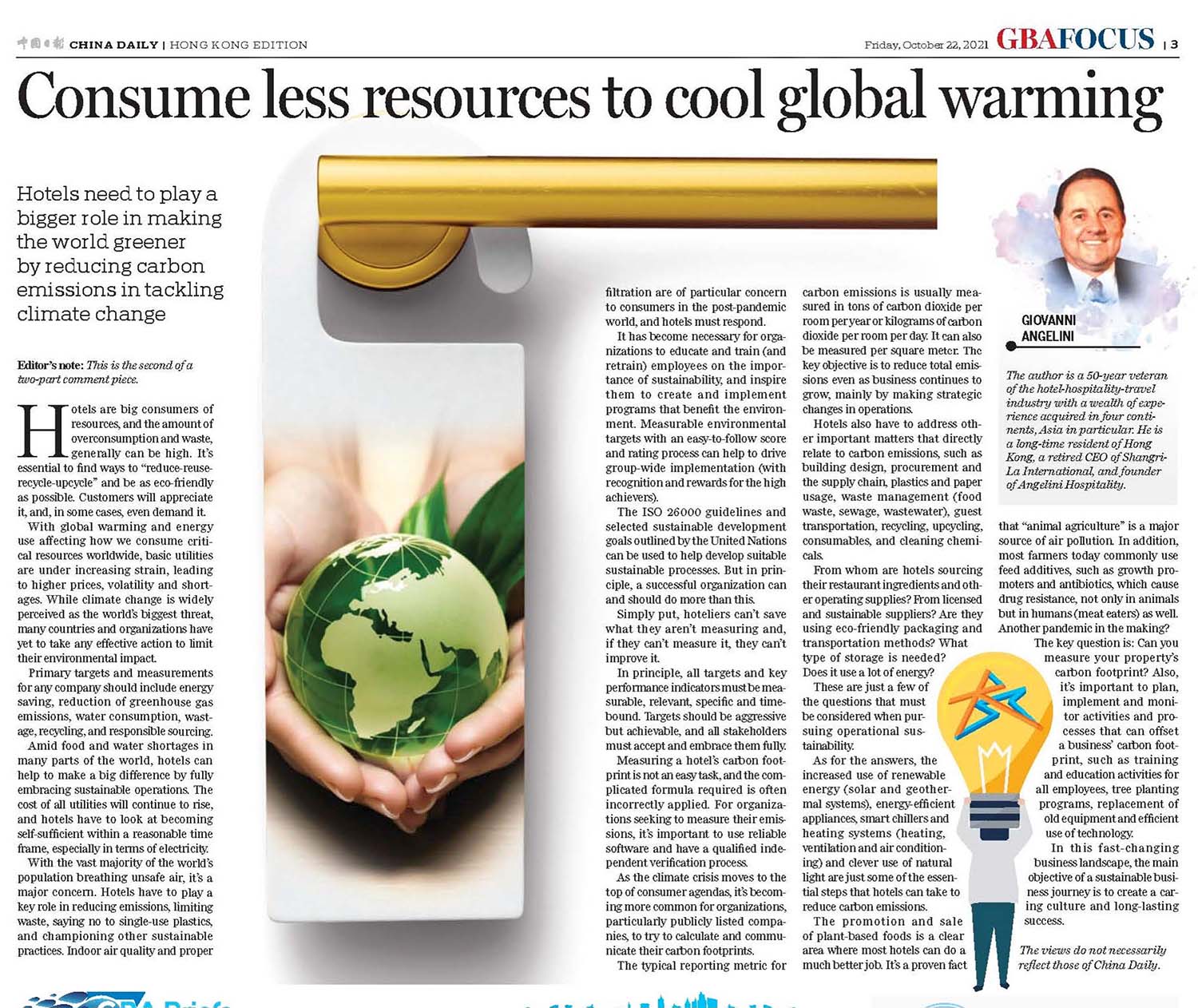 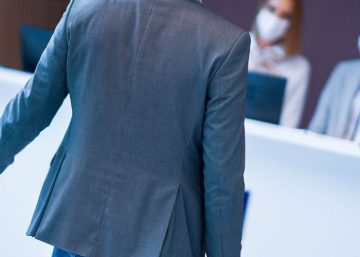