Many thanks for the invitation to participate in this historical document. It is a pleasure and an honor for me to identify memorable moments from one of the most interesting times in my professional career.

Out of my 52 years working in the hospitality business in many parts of the world, I was associated with Shangri-La Hotels and Resorts for about two decades – from 1988 to 2009 (with a brief interval during ’91-’92) – and I would like to express my most sincere thanks to the Kuok family, in particular to Mr Robert Kuok, for the opportunity, trust, support and confidence given to me during my time with this great group; an exemplary family with enduring values and principles.

I joined the organization in 1988 as the General Manager of the Kowloon Shangri-La (managed by Westin at the time), before moving, in 1993, to the newly opened flagship, the Island Shangri-La. In 1994 I assumed the role of Regional Vice President Operations. This was followed, in 1998, by a very short stint as the hotel group Chief Operating Officer.

In 1999, I then began my longest and most interesting and demanding role as Chief Executive Officer and Managing Director of Shangri-La Hotels and Resorts.

I would like to thank all the colleagues who worked with me over the years because I would not have succeed in my various responsibilities without their support.

A great company needs great people. In hotels, we are in the people business – people as colleagues, and people as guests. The company philosophy and culture that we put in place at that time, ” The Shangri-La Way: One Team One Way Towards Excellence” and the “Shangri-La Hospitality from Caring People,” made us distinctly different to other hotel companies.

Hotels are not all about bricks and mortar or marble and crystal. Hotels are what they are because of the people working in and around them, who truly love what they do. This is what really makes the difference, and we made sure to recognize and celebrate that.

During my time with Shangri-La I witnessed so many selfless acts from my colleagues. Not only acts of bravery and sacrifice, but also acts of compassion and selflessness that were carried out with one aim in mind – to help and to please others. I fully believe in the old saying, “Take care of your employees and they’ll take care of your customers.” Technology or robots can never replace this culture and the human factor in hotels will never disappear.

Mine were all very exciting years, and with the support from the owners we launched many activities, programs, and products and in most cases achieved remarkable success.

While we tempted the public with various group advertising and television campaigns – “It must be Shangri-La”, “Where will you find your Shangri-la”, “Continuing the tradition of Shangri-La Hospitality”, “Heaven and Hearth” – we bolstered our efforts by opening several sales offices around the world, and we ensured we had great staff by launching the Shangri-La Academy in China in 2004.  Our objective was to deliver a highly personalized and memorable hotel experience, and our efforts were recognised with hundreds of awards every single year.

Perhaps the most exciting (and demanding) achievement was the company’s aggressive expansion, which included the development and opening of many new beautiful hotels – from 11 hotels in 1988 to about 66 large size hotels in 2009. We also had 35 new hotel projects active and under development. China was the main focus, but we also moved into key Asian destinations and established a presence in the Middle East, India, Australia, Canada and Europe.

We successfully moved from a regional hotel brand to a well-recognized international hotel brand ‘punching well above its weight.’ Direct capital investment in hotels was the preferred way to expand, but we also signed a large number of hotel management agreements.

The planning and opening of any new hotel requires a lot of work and experience, from the layout, the facilities, the design, the equipment, the sourcing of people, the training etc. But perhaps the most delicate part is the positioning of a new product in the market at a rate that customers are prepared to pay. Achieve RGI leadership within the first year of operation and a clear plan on what it takes to generate returns to investors were simply basics to follow.

I am proud to say that we achieved the top market share, and for seven consecutive years around 60% of our hotels were market leaders in their respective destinations, while about 20% were in second place. We were by far the most dominant Asian hotel brand.

Following the decline of fine French restaurants (Margaux, Cheval Blanc, Lafite, and similar) we focused heavily on the evolution of Food and Beverage, and introduced new dining concepts (Hoi An, Altitude, BLU, Marrakech, Siam Garden, the Tian Xiang Ge, Zipangu, Italian and many others).  Naturally the many Shang and Summer Palaces, and in some cases Inagiku, were the pièce de résistance.

The success of the new hip and trendy Cafés (Café TOO, Café Kool, Café Next 2, Café Plus, Café Cha, Garden Café, Yip Café, The Line, and many others) speaks for itself. In an industry where everyone is copying everyone, the trendy café concept was copied immediately by the competition – and some even copied the names.

One of the group’s objectives at the time was to be the Food and Beverage leader in the hotel industry in Asia.

Sustainability and social responsibility was not lip service nor simply public relation statements. Our hotels were certified for ISO 14001, the HACCP (Hazard Analysis And Critical Control Point System), and LEED (certifications for hotels under construction), and we installed CCTV in all hotels for security and safety. In 1997 the Island Shangri-La received the prestigious HKMA quality award.

We launched programs to reduce carbon dioxide emissions, and implemented the code of ethics with respect to customers, employees and suppliers. The “Care for Children” campaign was launched in 2005 with the objective to place one million Chinese orphans into foster families by 2010.

As for management stability, I am extremely proud that, for three consecutive years during the mid part of the noughties, we did not lose nor hire a single hotel General Manager from outside the company, nor did we lose a single Corporate Executive – and we were opening four-to-six large hotels per year.

There was a lot of promotion from within, and this was a great move which created a strong culture (it was basically training, training and more training in those days – and it paid off). This stability was clearly reflected in the consistency and reliability of service rendered to guests while retained one of the lowest employee turnover within the industry.

The average length of service of the General Managers was very close to 12 years. At that time, only one other hotel group within the global hospitality industry exceeded this, but only just, and we were becoming the envy of the industry. It goes without saying that achieving top market share and management stability takes serious work and knowing your industry. We had a great brand, a great team supported by great owners and….. generated great results.

Of course, all of this does not come automatically. Clarity on delegation of authority and open communication were among the strongest disciplines implemented within the whole management team. As CEO, I personally conducted the EXCOM meeting, with the heads of each division, every single Saturday morning, and I openly discussed the overall situation of the group, including performance, people issues, activities, and so on. It was definitely a must for the team to know the overall situation and talk face-to-face, with no hidden agendas. It was also important to learn from the mistakes that we made every once in a while.

When the five-day working week came into play, the meeting was moved to a weekday instead. But most of us kept going to the office on Saturday morning, anyway, because it was the best time to tackle the pending issues.

We also faced lot of challenges, disruptions and in some cases serious difficulties like the SARS epidemic in 2003, the H1N1 virus, the avian influenza, the Asian currency and financial crisis of 1997 and the global financial crisis of 2008. The political instability and demonstrations, labor issues and strikes, the closure and reopening of hotels, natural disasters like the tsunami in 2004, earthquakes, the 9/11 and other terrorist attacks.

It is said that you really know who your friends are in tough times. Businesses also learn who their best partners are when the going gets tough, and during those difficult times we were actually able to increase our share of business.

Other difficulties we faced included the preparation for the so called ‘Millennium Bug,’ the end of room rack rates, the arrival of OTAs and other disruptors, and, for a Hong Kong based organization, the return of the territories to China in 1997.

With the new Century come the introduction, and popularity, of social media, of online marketing/advertising, of online reviews and others. Continuous innovation and new technology were instrumental on attracting new customers and new market segments and naturally had to plan/respond to the ever evolving consumers’ behaviors/trends.

If there’s a lesson to be learnt from all those difficult times, it’s that if you get the fundamentals right, and have a sound business model driven by a passionate, committed team, you will get through any crisis. Creativity and listen to what consumers actually want goes a long way…

During my time with the group, five company Chairmen came and went, each with his own character, drive, ability, likes and dislikes. They were all good, smart, supportive and committed people in their own way. But in the end it was crystal clear who made the most important decisions – and we all know this.

I clearly remember that, during planning for the annual budget, every single year we talked about evolution and worried how fast the world was changing, and how we had to cope with these changes, the evolution of technology, changing travel patterns, and diluted distribution.

We discussed competitive advantage and how tough the competition was becoming. We mulled over new travel trends and consumer expectations, new sources of business and demographics, why travellers would choose a particular brand and a destination, the constant increase in labor, training and operational costs, and so much more.

All of this just goes to show, of course, that the world continues to move at speed and change is nothing new; it is inevitable. Just as we did back then, we simply have to do our best to foresee these changes, and evolve with them. 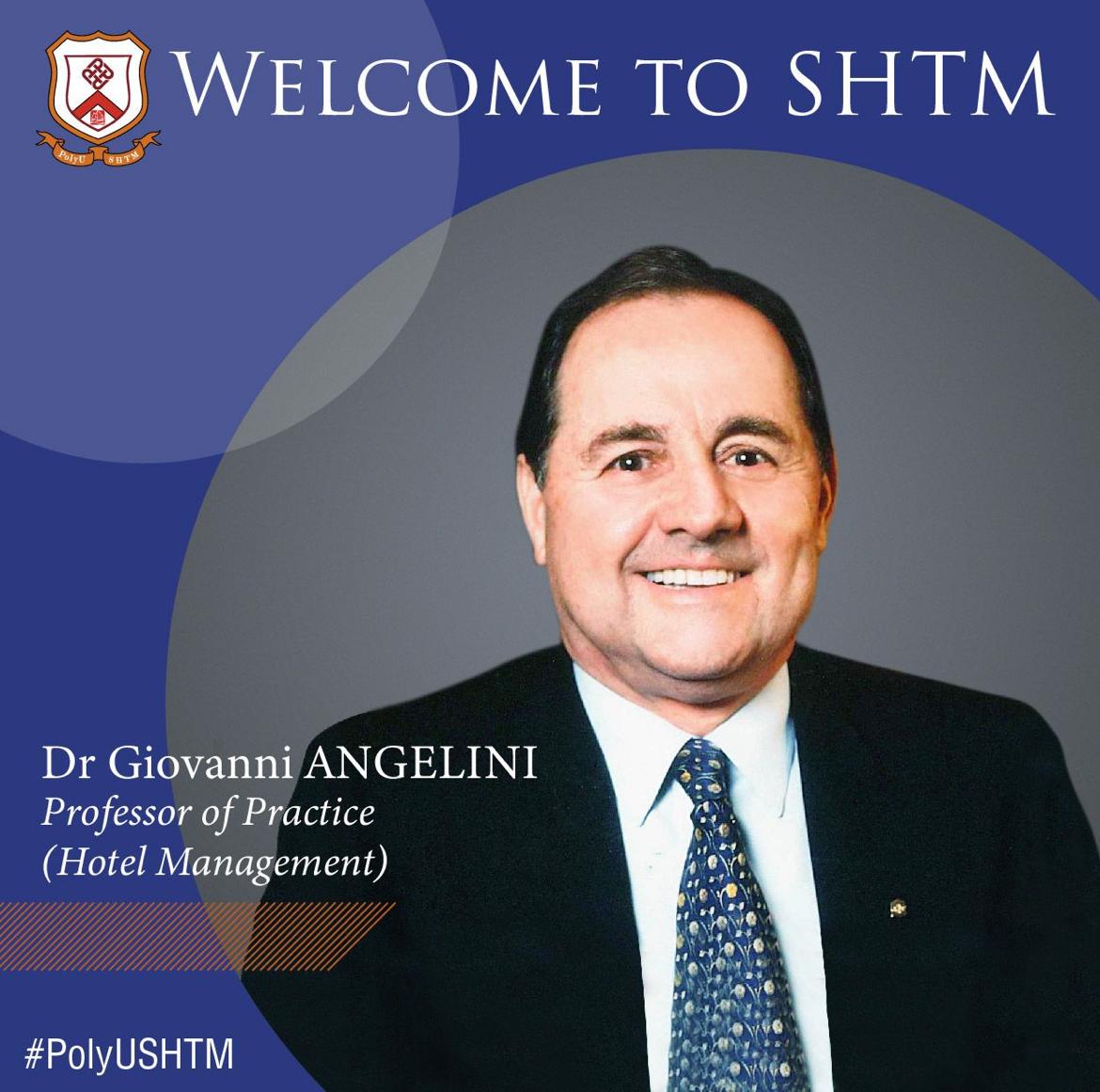 January 9, 2022May 19, 2022|BY Giovanni AngeliniProfessor of Practice (Hotel Management), School of Hotel & Tourism Management at The Hong Kong Polytechnic University 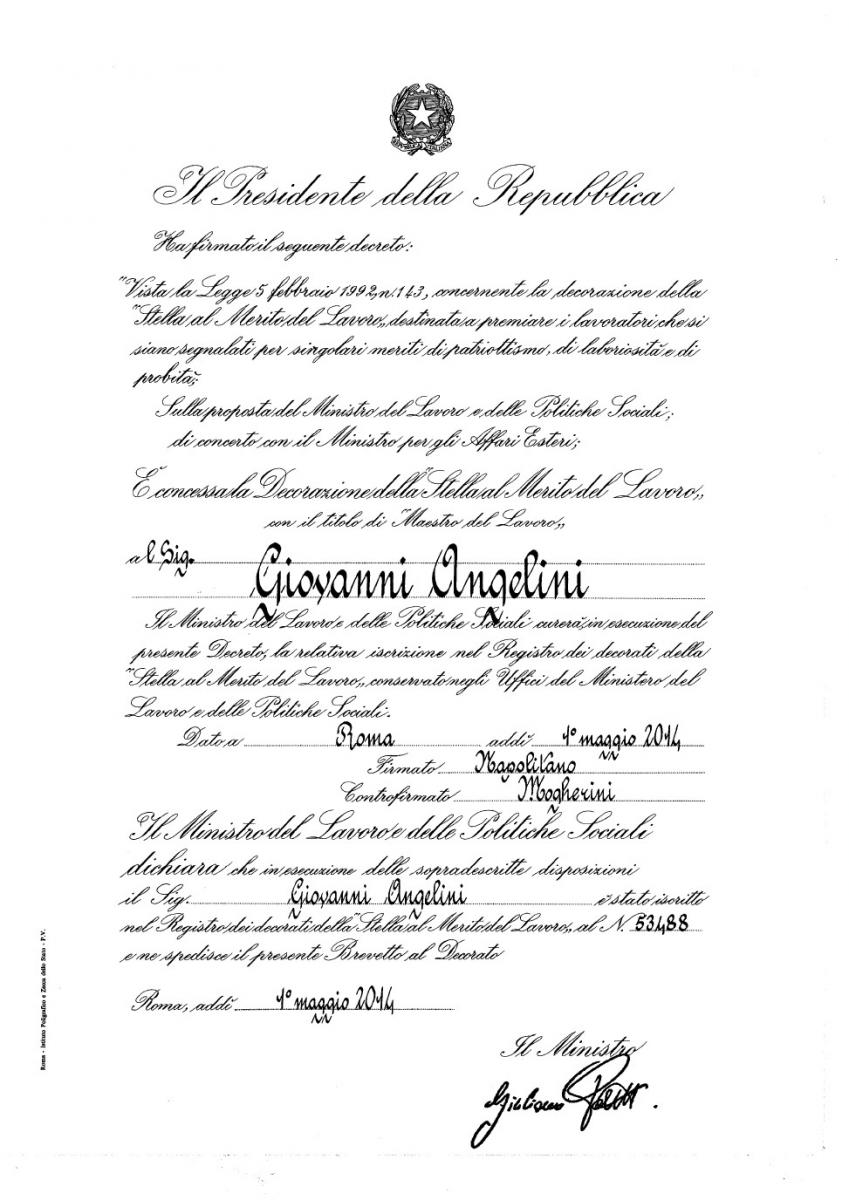