To generalize a country or its citizens in broad, sweeping statements is emblematic of a narrowed world view – practically a squint – but there’s no denying that stereotypes still prevail and every nation has its labels to bear, and not all of them positive.

Why does this happen? Well, there are certainly bad apples everywhere, and every nation has its fair share of unruly outbound tourists, but in many cases stereotypes are also born because visitors are culturally oblivious and simply don’t know any better – especially if they come from a less developed country.

Ignorant of local customs and etiquette, many visitors unwittingly embark on a series of faux pas which bamboozle locals and often cause offence. Their ‘unusual’ behavior gives rise to labels, and the more negative these labels are, the harder they stick.

Check out the following stereotypes, and prepare to cringe if your nation is present…

Chinese: Known as flag-following sightseers, they expect to see and visit everything in one day or one morning. Perhaps the least sophisticated international travellers at present, they’re noisy, rude (especially when it comes to pushing to the front of queues), and disrespectful of local culture. They expect to take home pieces of archaeological sites to the point of vandalism, and they have no qualms about urinating or spitting in public. On the positive side: there are a lot of them travelling, and for some destinations they provide the biggest source of business.

Indians: India is one of the world’s fastest growing outbound markets and Indians are now exploring more foreign destinations. But they’re difficult to please. They like to bargain for everything and are always looking for freebies. They are stingy tippers, and are never happy when it comes to food. They could soon be ranked among the worst-behaved travellers.

Japanese: Once viewed as being amongst the world’s worst international travellers, Japanese tourists are now up there with the most respectful and disciplined. But their habit of reporting complaints to travel agents in Japan, rather than tackling any issues on the spot, tends to blow complaints out of proportion.

Americans: The stereotypical American visitor expects everything to be done like it is back at home. They think nothing of the local culture, are quick to bad mouth foreigners, and are generally loud and rude. Their attire is not sophisticated at all, at times attracting the pejorative term ‘Ugly American.’ On the positive side: they are eager to be liked and are good tippers.

British: In general, the British are polite, friendly, considerate and they know what they want – until they locate the bar and the booze. After that, they become loud, disruptive and abusive. And let’s not mention the hooligans…

Germans: Teutonic tourists take their holidays very seriously, but do they really enjoy them? Rules are rules and everything must happen the way it has been stated, advertised and promoted. No variations are accepted, otherwise they want their money back. Despite all that, they are a good market to have.

Koreans: Korean travellers love discounts and they are always searching for inexpensive destinations and deals. They are quite demanding and don’t mind showing off. They will generally not stay more than two days without consuming their own food – with ‘stinky’ kimchi top of the list.

Israelis: Impatient, rude, noisy, and disrespectful of local customs, Israeli travellers must bargain for absolutely everything. If they don’t, they are not happy – at all.

Russians: Russian travellers think nobody likes them, but they don’t care. They simply flash their cash and buy the most expensive items available. Amongst the most impolite travellers, they are prone to getting wildly drunk, which sometimes leads to damaged property.

Australians: The drunken dummies? Australians are pleasant people who like to seek out new experiences, especially if it involves new and popular bars. They spend a lot of money on drinking and partying and it’s not unusual to find them intoxicated by lunchtime. In short: they’re very easy to please.

Italians and French: Italians and French in the same category? Well, both are not easy markets to accommodate. Rude, selfish, obnoxious and loud, they generally complain about food and pricing, and the young travellers amongst them have a reputation for scandalous behavior.

Argentinians: Souvenir hunting tourists including items from hotels… And Argentinian travellers are always the most difficult when it comes to settling bills – preferring to pay by personal cheque.

Do you agree with the stereotypes? Which country do you think produces the best/worst tourists? And who are the most light-fingered tourists?… Let us know in the comments.

As we head into a new business year, industry executives seeking to maintain competitive advantage... 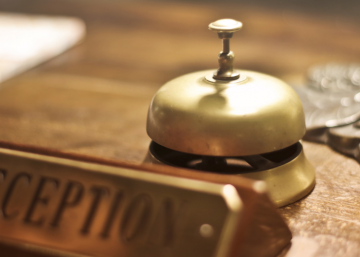 By G. Angelini, April 5, 2022 AN INTRODUCTION TO HOTEL BUSINESS (Also referred to as the Lodging & Hospitality...